Part 1: How to effectively reduce resistance when implementing change initiatives

Does this sound familiar? As a leader, you want to implement a change in your area, have come up with a new strategy, and have set the relevant goals and KPIs with your staff. Yet the steps to implement the planned measures set to achieve these goals are taking so long to complete. Your staff is dragging their feet and is not implementing the change in their everyday work. Why is that?

Staufen change management experts, Dr. Dirk Bayas-Linke and Ulrich Beck, know this situation very well and have seen it in many companies during change processes. In a series of three blog articles, they explain where you will likely encounter the six potential causes for this kind of “resistance” and how you, as the leader, can effectively work with your staff to eliminate them. In the following article, you will be introduced to the first two typical reasons why resistance creeps in.

Before we discuss the possible backgrounds and assumed causes for resistance here, what we should note is that the intention behind resistance is a positively good one, at least from the perspective of the person resisting. There may be critical issues that need to be upheld or simply concern that whatever is new might in fact be worse than what has been. Resistance is a form of participation and “needs to be heard”. Here’s a little thought experiment: When was the last time you felt resistance? What thoughts went through your mind and what emotions did you feel? What did you (positively) intend with your resistance? Now, think of a situation in which you were confronted with resistance. What thoughts and emotions ran through your mind then? Resistance is a matter of perspective. Its intention is usually quite valuable and positive from the point of view of the person feeling resistant.

1. Your staff still has not “understood” “your” change.

Even though your staff may officially accept your new objectives and plans, this does not necessarily mean that they believe in them or are convinced by them. Just the opposite! Think back to a situation where you initiated a project and met with resistance. Suppose the staff had seriously asked you what exactly the project was supposed to be in response to. How would you have answered? Let’s be honest. Few change initiators have truly dealt with this question. It is oftentimes all too easy for us to believe we are doing the right thing at an “action level” even if we have yet to clarify in depth the reason why we are taking action. Often, we still think in terms of the targets that we have to reach. Yet, to the extent that these targets are related to an initial situation or a real problem often remains unresolved in practice. The question of the extent to which your staff sees “your problem” as an actual problem at all also usually remains unanswered.

So, what we must ask ourselves is in how far your staff was give then opportunity to consider your problem, and if so, to what extent does this make it their problem? Why would anyone want to come on board if they don’t feel they are missing anything on land? Willingness may change if employees themselves are able to study the weather map and understand the dangers that an approaching storm may bring. Obviously, though, not every reason for change can be compared to the risk of an approaching storm. Still, this does show how important it is to gauge the status quo.

How you as the leader could approach this:

This makes it obvious what options you have as a leader if your staff has not yet understood an upcoming change: Get them involved! Provide opportunities that allow them to become sincerely engulfed in the initial situation. Discuss perspectives, the risks of continuing with “business as usual”. Of course, it’s not always possible to discuss every change with everyone. In any event, though, your people do have the right to a clear and transparent understanding. To this end, what is extremely helpful is to provide them with a plausible and comprehensible description of the change, from the reason behind it to the final objective, with all the fields of action that will lead them to the objective.

2. Your staff may have understood the change, but have not been convinced that it makes sense

Even though your staff may officially accept your new objectives and plans, this does not necessarily mean that they believe in them or are convinced by them. In our blog article “The Change Compass: How to Effectively Plan and Control Change Processes“, we put a spotlight on the structural framework in which people can behave

. In it, we established that we should always keep an eye on all three system levels “organization,” “person, function and role” and “teams” when implementing changes. If your staff “officially accepts”, or to put it better, “does not object” (even though they may have major concerns), this might have more to do with the framework conditions that have been set up on an organizational level. What is “structurally” preventing your staff from objecting? What needs to happen to allow them to publicly object? Here, structurally means: decisions. Which decisions have been made within the organization that prevent the individual employees from officially objecting?

Sometimes, employees do not feel that new objectives are binding for them. For example, let’s assume that a sales team has been a target by executive management to launch a new product and achieve 40% sales growth in the first year. If this team, or its individual employees, are not convinced of the market potential of the new product, they might be rather reluctant to commit to this target. In front of the boss, they may accept it. Yet within their team, you might hear the following statements: “Honestly: we all know we can’t reach this growth target for the new product. The benefit for customer is just not good enough. The customers won’t go for it.”

It is not unusual for leaders to hear these kinds of statements more or less openly or informally. Yet, more often than not, these doubts are not addressed. This might even have to do with a structural framework condition, allowing this form of “hidden” opposition. Of course, you may also be dealing with cultural aspects (meaning informal structures), which, for example, may manifest themselves in a belief system “Never contradict the boss in front of the assembled team”. Who knows what habits the workforce has been “trained” to adopt to in the past?

How you as the leader could approach this:

Systematically create spaces that allow structures in which critical discourse is possible with no risk. Address the situation openly with your staff, allowing them to find out for themselves that discourse does not need to be risky (anymore). It’s all about trust, which you need to be “nurture” as you would a young plant. Ask questions among your staff. Have a constructive, critical discussion to address any unresolved doubts: “What do you think about the new objective?” What do you feel would stand in the way of achieving our goal? What do you think we would have to do in order for us to make it happen?” Engage in authentic and sincere conversations with your staff and work towards building sincere trust. Here, it would probably also be helpful to explore why your staff hesitates to express their doubts in public: “I wonder what would have happened if you had openly expressed your concerns during the meeting.” This will help you get a good feel for what makes your organization tick on this issue. Doubts and concerns must be fully revealed! Only then can they be negotiated.

Also in this situation, the question is how the employees were involved in planning the change. The change must be describable for everyone! Moreover, the description should resonate with your workforce as well. What would your staff say if we asked them what triggered the change and where they think the journey is headed? Only if they confront the cause and the goal head-on themselves will they experience a process of awareness. It is very likely that rework will be required at the point where the workforce becomes involved.

Would you like to read more about the typical reasons for resistance that arise during a change process? Go to our second article here, and here to the third and final article of the series. 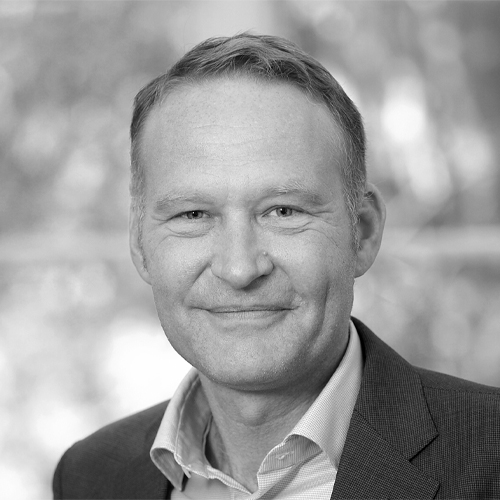 After studying pedagogy, Dr. Dirk Bayas-Linke began working as a consultant in qualitative market research with international clients. At the same time, he completed his doctoral thesis on organization and leadership. Through many years as a freelance consultant, he gained experience in a wide range of industries (including insurance, IT, defense, automotive) and worked with all levels in organizations on the topics of change, strategy, leadership systems, organizational design from conception to implementation. He took on his position as Principal at Staufen.AG in 2018 and is responsible for the area of change. 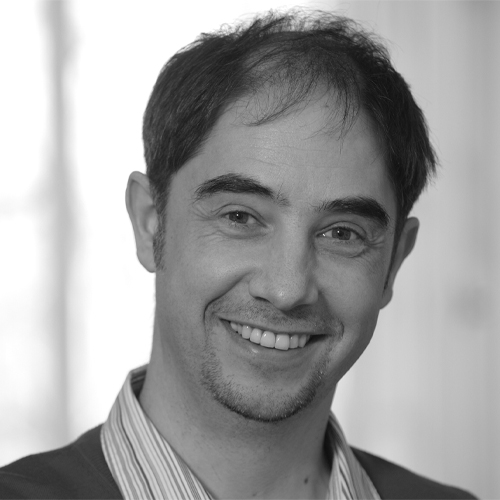 Ulrich Beck has with his vocational training as a machinist technical roots and worked for many years as a design engineer. After training as a Kaizen coach, he was entrusted with the Lean transformation and the development of the RAFI production system. Here, Ulrich Beck gained experience in the implementation of change projects in addition to Lean management methods. As a freelance trainer for project management, he also has great knowledge in terms of various PM standards and knows the business from project practice. Since January 2015 he is working for Staufen AG as Project Manager.